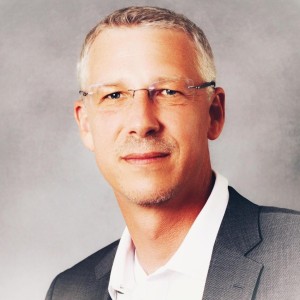 Radical Change Projects: The Truth About Seeing All the Sh*t


Radical change projects do not only affect organizations. They first most affect people involved in the change.

Now, you might think this is obvious. Changes affect roles and the way we are working. Thereby people are affected as well. But, this is not what it is about.

People involved in change projects are confronted with all the deficits in the organization. They are challenged by these deficits, as it is up to them to move them out of the way. But, they are also part of the issues.

This year Ruthanne Huising conducted a small study on project teams (Moving off the Map: How Knowledge of Organization Operations Empowers and Alienates). For her study she had chosen temporary teams from large companies, which were assigned to develop new organizational models. It was expected to be a radical change of the day-to-day operations; change, which would help to remove major deficits.

Who would not want to be part of such a change team? Having the chance to focus on getting right, what has been missed out in the past, sounds like a great opportunity. But it did something to many team members, that presumably no one would have expected before.

Out of the Box – Task Force Teams

By looking at the process and trying to develop improvements, these employees were confronted with the whole structures and operations of their organization. It took them out of their boxes. They had expected to find a purposely designed backbone of the organization. What they have found was a system largely operated by social interactions. They seemed to be surprised.

It has to be noted, that the members of the project teams have been selected by project team leaders. They selected high-performers, people with credibility and attitude, and employees with expertise and experience on the subject. All participants had a well-established position and a long-term relation with the organization. More than half of them had either managerial or director positions.

Why is the status of people involved in a change project important? Because one could have expected that well-established, knowledgeable people would know about operational models in their company. Most of them have been involved in maintaining and improving the existing models already. So why have they been surprised?

Impact of Radical Change from a Bigger Picture

In her reflections published at HBR (Can you know too much about your organization?), Ruthanna Huising emphasizes, that here study was not so much about the change projects itself. Much more, she looked at the effect of the radical change project on the people, who had been involved. The post-project role choice was the key subject of the study.

Those people, who have been involved in the operational change project, said afterwards, that they have seen the big picture for the first time. It was an enlightening moment for them. They have never seen all the pieces and routines related to each other. So they acknowledged, that their prior view was fractured and narrow.

Even more, process maps produced by the project teams showed a lack of purposeful, integrated design that was centrally monitored and maintained. The original design was patched, overgrown with alternative plans, eroded in a sense of missing engineering. It took them to the conclusion, that processes, which were attributed to central, bureaucratic forces, were just an aggregation of distributed work and uncoordinated decisions of people. Everyone was relying on each other to accomplish the bigger picture. No one actually was looking how the work is connected. Finally, only half or the projects were picked for a wider implementation in the company.

As the teams had been empowered to bring a radical change, at the same time they started to have a sense of alienation about returning to their previous role. It felt wrong to them to continue with their job as before. In the end of the projects, only a slight majority of the employees returned to their role (some of them even got promoted).

However, almost half of them chose to look for other opportunities afterwards. Some moved into roles related to organizational change and development or human resources. The rest found temporary or contract roles, where they continued to work on radical transformations of bureaucratic organizations.

These employees decided for themselves to give up their well-established positions. Also, it shows that centrally located employees are likely pushing for change. Anyhow, from gaining more experience about the organization they see their former role as less important and useful than before. They are willing to move from central line roles to peripheral staff roles, as they have a new sense of agency or possibility for real change.

From the setup of the project team, we have seen dedicated, high-achieving employees. Now, they assume that their day-to-day work on larger, long-term gains is by far less valuable than they think. Even more, they have recognized, that there is more gain and less loss in peripheral positions. It makes those position much more open to change.

Thereby, this study challenges an established idea about who is most likely to push for significant change in organizations.

Looking at a radical change of operational model, the study points out three major obstacles:

Anyhow, there are also learnings from the study. Following advice will be a step forward to come around the obstacles in the future:

Reintegrating managers in operations! They will find more purpose in their job and less likely

Make more employees part of operational change projects! They will learn to see the bigger picture and understand obstacles.

In The Works: A Tool for Organizational Change

Finally, let me add two cites from Ruthanne Huising and put them in relation to some work I am doing at New Rules United right now:

„Knowledge about the systems we work in can be a super power.“

At New Rules United I am working towards a tool, which provides transparency on your organization, the purpose of each and every team and the relations, which form the processes. It is a tool for everyone in the organization. I call it a „Self-Organization-Tool„.

„When you realize you can’t affect the big changes your organization needs, it can also be a source of alienation.“

The same tool is intended to catch up on deficits, gaps and necessities. It provides and overview of the hot-topics all across the place. In combination with the knowledge about the organization it will enable people to take actions and drive change. I also call it a „Company-Engagement-Tool„.